Today, microbe museum Micropia unveiled its Hand Wall, a microbial wall of fame, to commemorate its five-year anniversary. More than 55 Dutch citizens congratulated the museum by providing handprints, including a pizza chef, astronaut André Kuipers, a toilet attendant, kick-boxer Rico Verhoeven, an acrobat and Ajax director Edwin van der Sar. The hand microbes were cultivated in Micropia’s laboratory and resulted in an exceedingly wide array of different handprints. The festive unveiling of the Hand Wall was performed this morning by Freddy Tratlehner (Vieze Fur from rap group De Jeugd van Tegenwoordig) and ARTIS director Rembrandt Sutorius. Alderman Laurens Ivens congratulated the museum on its anniversary and spoke of the importance of the museum for the city of Amsterdam. The Hand Wall will be exhibited at Micropia until mid-November and forms part of the special anniversary route that leads through the museum past five spectacular microbe stories from the past five years.

Her Majesty Queen Máxima opened Micropia with a handprint back in 2014. Shaking hands is something people do on special occasions. It is good for social bonding, but also for your microbes. Shaking hands means exchanging microbes. Some of these become a permanent part of your own ‘hand microbiome’, thereby ensuring greater diversity. That diversity on your hand is extremely important. Your hand microbes fight off ‘foreign’ microbes, making them your first line of defence and keeping your skin healthy. The more types your skin contains, the better. 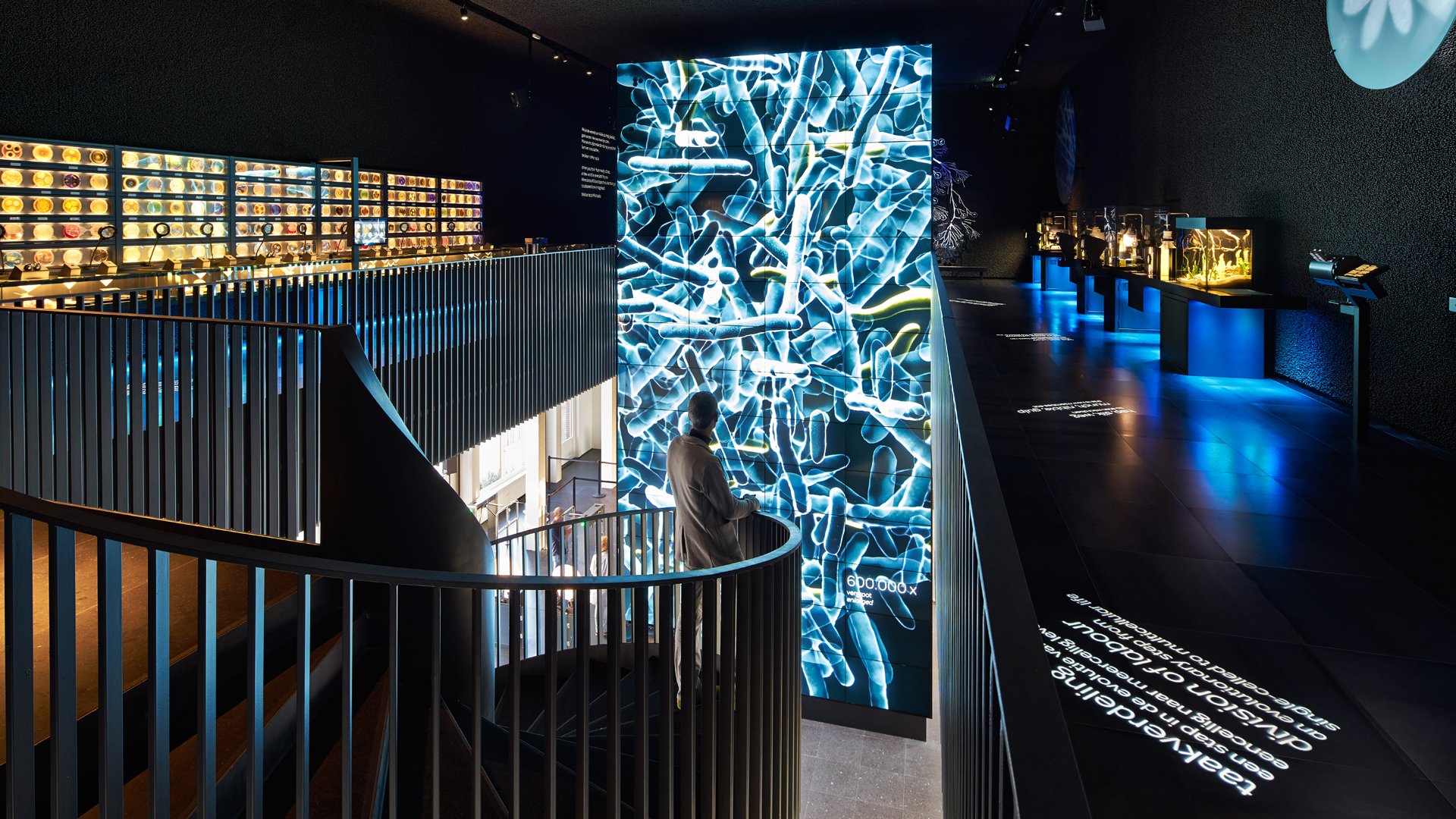 Micropia opened in 2014 and was the first microbe museum in the world. Now, five years later, it is still the only museum that literally makes invisible life visible. The museum is keen to get both young and old excited about the tiniest and perhaps even the most successful organisms. Micropia has won several international awards over the past five years, including the Kenneth Hudson Award for Europe’s most innovative museum and the DASA Award, which recognised Micropia as a paragon of the 21st-century museum. The museum has now welcomed over half a million visitors from the Netherlands and abroad. Micropia is an unmissable, essential part of ARTIS, where animals, plants, microbes and stars come together in a monumental environment. Besides being a physical museum, Micropia is also a site where science and the public come together. To give an example of this, Remco Kort was appointed Micropia Professor affiliated with the VU Amsterdam.

To celebrate its anniversary with the public, Micropia is offering a five-euro discount on its entrance fee for visitors throughout October. Special activities will be held during the weekend of 28 and 29 September. Micropia’s gift shop is selling Petri dishes that visitors can use to create their own handprint and cultivate their own hand microbes at home.